Setting up a Multiplayer Project

This is a walk through of an example networking project with considerations of the argosVu drawing and state functionality.

The first step is to create a NetworkManager object in the project: 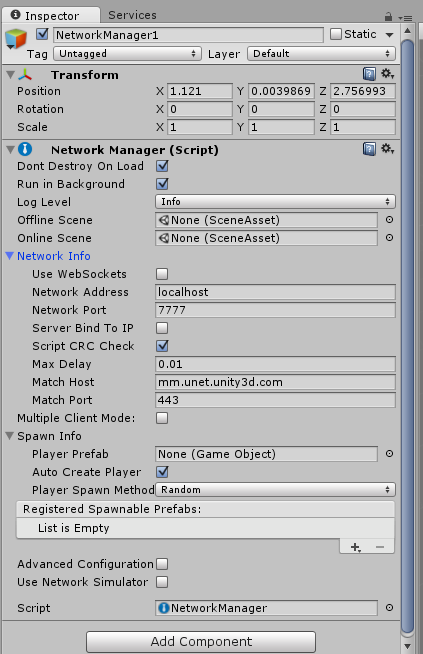 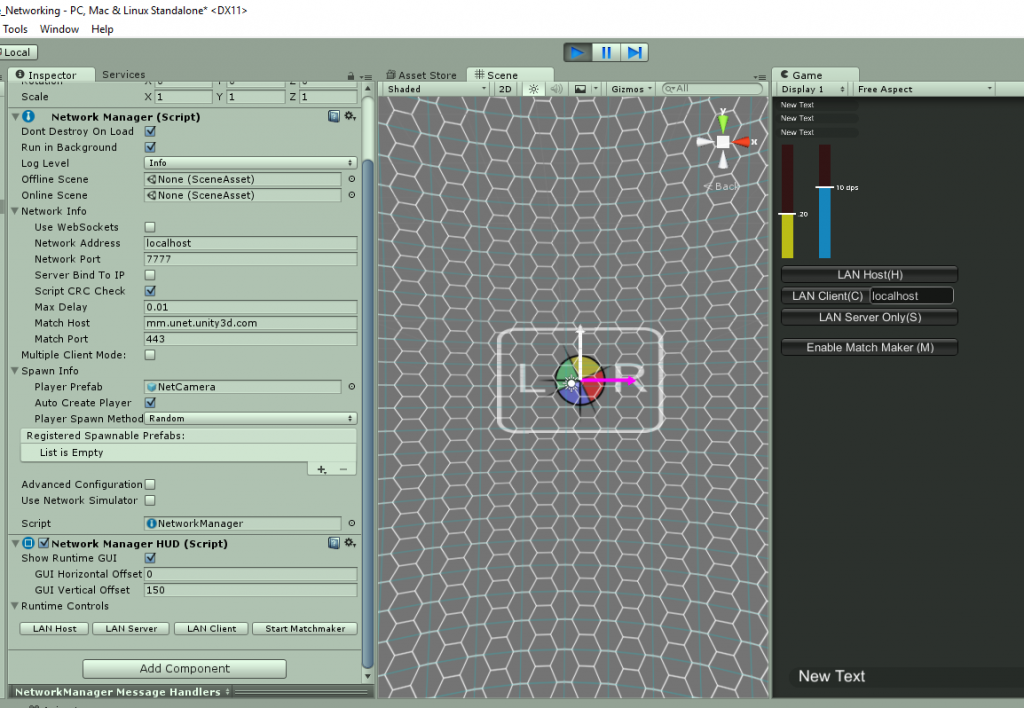 The next step is to setup the Unity Prefab that represents the player in the game. By default, the NetworkManager instantiates an object for each player by cloning the player prefab. In this example, the player object will be a simple cube.

Here we need to consider the camera and its interaction with the reticle and the draw functions – The prefab needs to collect GOs like ArgosSphere and links to UI events – Player roles i.e. local/remote need to be differentiated.

Once the player prefab is created, it must be registered with the network system. 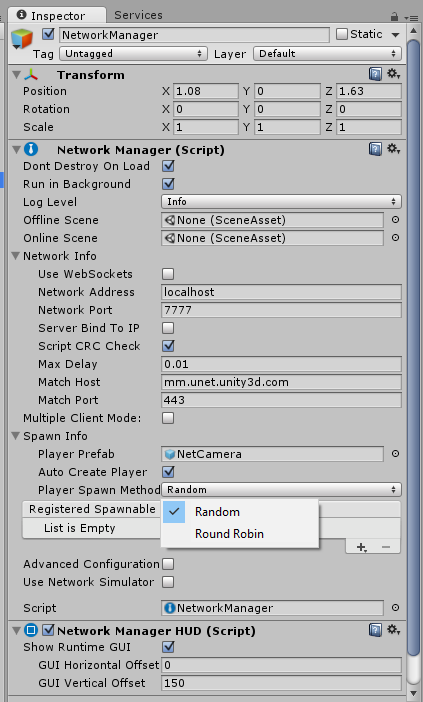 The first piece of game functionality is to move the player object. This will first be done without any networking, so it will only work in a single-player mode.

This hooks up the cube to be controlled by the arrow keys or a controller pad. The cmaera only moves on the client right now – it is not networked.

Save the project again.

Enter play mode in the editor by clicking the play button. You should see the NetworkManagerHUD default user interface:

Press “Host” to start the game as the host of the game. This will cause a netCamera object to be created, and the HUD will change to show the server is active. This game is running as a “host” – which is a server and a client in the same process.

Pressing the arrow keys should make the netCamera object move around.

Exit play mode by pressing the stop button in the editor.

Test Player Movement for a Client 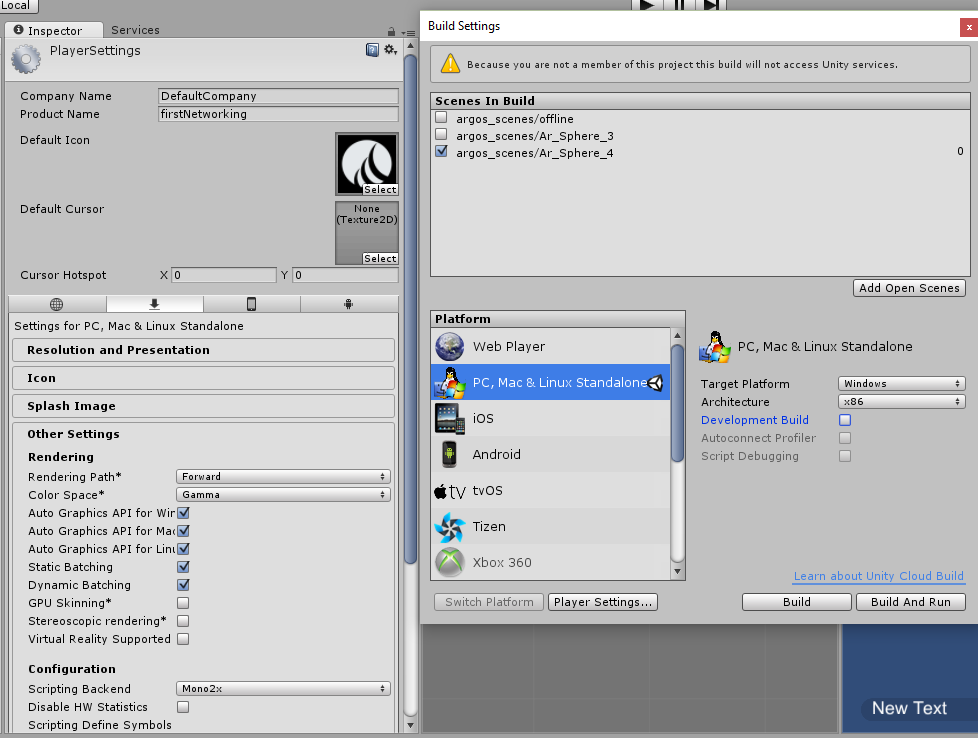 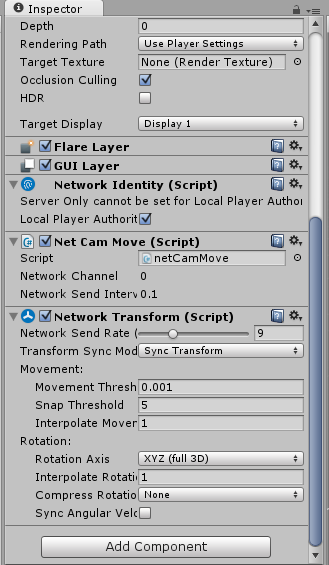 The cubes in the game are currently all white, so the user cannot tell which one is their cube. To identify the player, we will make the cube of the local player red.

The OnStartLocalPlayer function is a good place to do initialization that is only for the local player, such as configuring cameras and input.